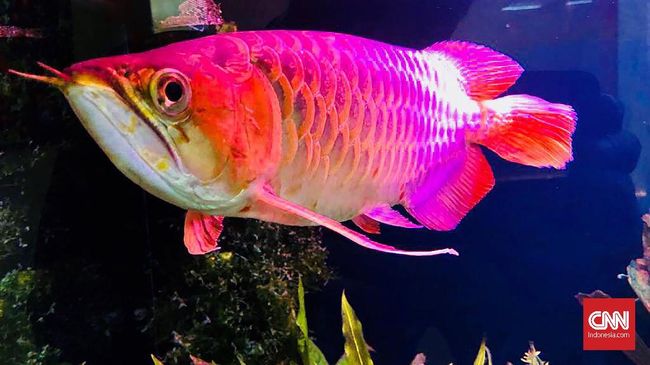 Hygienic Arowana Fish Food
Not only humans, fish also make food a staple for their lives. In addition to growth, food also plays an important role for the formation of arowana fish color. We should not carelessly choose arowana fish food. Even though any type of arowana is a fish eater, we need to pay attention to every content that is owned by the food and what the food benefits for our fish. Not only feeding, because if carelessly can cause unhealthy fish and the condition of the aquarium is dirty quickly.

Asian arowana fish are the most demanded species. Fish whose habitat is in the Asian freshwater region has a striking distinctive color. but the price is still expensive when compared to other types of freshwater ornamental fish. The charm and trust of some people that this fish can bring hockey may be one of the factors why these fish are much interested.

If you want your fish to grow well and its health is always maintained, here are tips from us how to choose the right type of arowana fish food as needed. These foods don’t contaminate your tank too much when compared to other types of fish food. We also do not forget to say that the growth of this fish will also affect the quality of the color of the fish, especially for arowana fish seeds. According to the data we got almost 80{35c827cbe26b79242d8e2f910021ba0bcb9c19ffeeafe1612053acf37d4c8898} of the color factor influenced by the parent. So choose the following arowana foods:

The next tip is you can feed carrots on crickets before the cricket becomes a meal of arowana fish. Carrots contain carotene which acts as vitamin A and will later give an orange or red color to the arowana if the cricket has been eaten. You also don’t need to cut the legs of the cricket, leave it intact because arowana really likes all parts of the crickets.

You can also mix maggots with vegetables, carrots and some vitamins that have been processed before being given to arowana. The ingredient mixture is arowana fish food which is rich in protein and helps the growth of arowana.